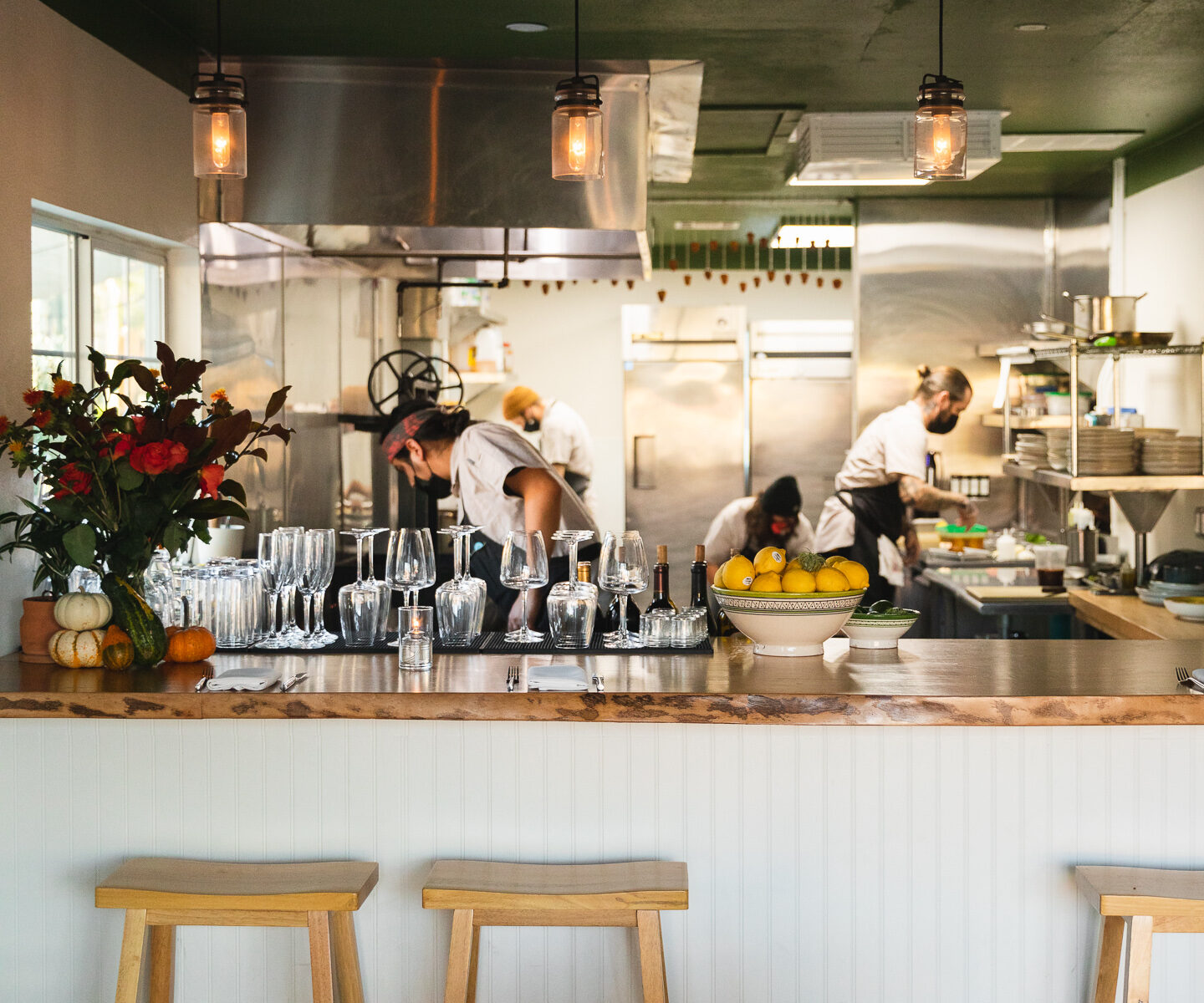 Within the walls of a century-old craftsman house in Long Beach’s historic Rose Park neighborhood lives Heritage, a family owned and operated restaurant by brother-sister-duo Lauren Pretty and Chef Philip Pretty. Heritage offers lunch and dinner service with artisanal sandwiches by day and an expertly curated, perfectly paced tasting menu by evening. Every single ingredient at Heritage is sourced with intention. Chef Pretty regularly procures from the Santa Monica Farmer’s Market and from Southern California purveyors including Schaner Farmstand, Energy Bee Farm, Hey Brother Baker, and more, all of which are best in class in ethical and sustainable practices. Heritage does not allow modifications in order to preserve the integrity and consistency behind every seasonal, carefully designed dish.

In 2021, Heritage was honored with a Michelin Plate award. Heritage’s open kitchen and lofty windows greet guests upon entrance, offering a warm, contemporary, and intimate setting ideal for the many wine and chef dinners that take place here.

Since its beginning, Heritage has been a zero-waste, Green and Blue certified kitchen honored by the City of Long Beach. This commitment to sustainability continues to expand with the opening of Heritage Farm, located just around the corner from the restaurant. Heritage Farm will harvest bountiful fresh produce for the restaurant year-round and offer a tranquil event space for weddings and gatherings.

Lauren Pretty is the female force at the helm of Heritage. Pretty is the owner and operator of the lunch and dinner restaurant alongside brother Philip Pretty, who is Executive Chef. Her passion for sustainability and ethical foodways is evident in every aspect of Heritage, from its commitment to zero-waste, locally sourced menus, and recognition from the city of Long Beach as certified Green and Blue.

A Long Beach native, Pretty began her career at age 18 at Pizzeria Ortica, where she quickly moved up the ranks from host, food runner, server, to bartender. The General Manager at Ortica brought Pretty to newly opened Hinoki & the Bird, where she had her first foray into fine dining with high-profile guests. While pursuing her degree in Communications from California State University, Long Beach, Pretty continued to work in the industry and became manager of a Long Beach restaurant. In 2020, Pretty teamed up with her brother to open Heritage in her hometown of Long Beach.

When she’s not spearheading operations at Heritage, Pretty is a doting mother to her newborn daughter.

Southern California-native and Le Cordon Bleu graduate Philip Pretty has worked across many celebrated kitchens throughout Los Angeles. In 2020, Chef Pretty and his sister Lauren founded Heritage, a family-owned fine dining restaurant offering lunch and dinner service with artisanal sandwiches by day and an expertly curated, perfectly paced tasting menu by evening. Chef Pretty expertly curates the culinary program at Heritage to feature best-in-class, locally and ethically sourced purveyors, resulting in innovative presentations that teem with flavor. As part of his next endeavor, Chef Pretty will open Heritage Farm, where he will source the majority of produce for the restaurant. Heritage Farm is located right around the corner from Heritage in Long Beach.

Chef Pretty began his career in the culinary industry alongside some of the most talented chefs in the industry. Previously, he was Executive Chef at Fundamental LA, Chef de Cuisine at Gordon Ramsay at the London Hotel, Executive Chef at Axe on Abbot Kinney and held roles at Providence and Sona and Joe’s in Venice Beach. In 2021, Chef Pretty’s Heritage menu was honored with a highly esteemed Michelin Plate award. Chef Pretty has had a zest for culinary arts since a young age. He is passionate about learning and sourcing from his local community and frequents the Santa Monica farmers market weekly. Alongside his sister Lauren, Chef Pretty is extremely passionate about running a zero-waste kitchen – every ingredient utilized is either reused or composted. While not at Heritage, Chef Pretty loves spending time in his hometown of Long Beach and making lifelong memories with his girlfriend and two young daughters.